Your birth order in the family may have helped to shape both your personality and even your IQ! We all know that firstborns are bossy, and the youngest child gets away with murder, right? But just how true is this?

Looks like clichés and stereotypes are the order of the day regarding how your position in your family has helped to shape both your personality and maybe even your IQ!  We all know that firstborns are bossy, and the youngest child gets away with murder, right? But just how true are these stereotypes?

As parents, have you ever heard these excuses from your children before?

Have your parents somehow wronged you even before you were born? You’ve tried everything, but nothing really works when it comes to getting good marks. Where have you gone wrong? Guess what – you haven’t – but your parents might have!

This is a fun look at how birth order may affect your personality. However, the ‘experts’ have given no definitive agreement on this. Most studies show that birth order does not really have a great effect on either personality or IQ, and if it did, it would be by such a small margin that it would be negligible in the greater scheme of things. However, let’s look, with tongue firmly in cheek, at some commonly-held beliefs and traits on birth order in the family: 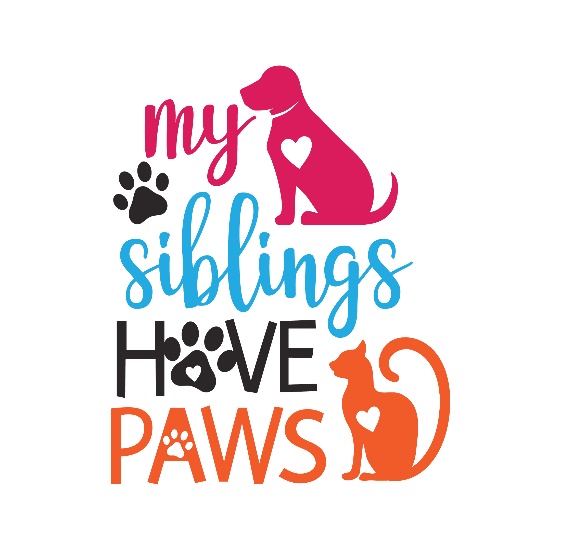 An only child is very special. He gets the full attention of both parents for his entire life, and never has to share resources like the parents’ time or money with anyone else, unlike siblings in general. An only child gets much more attention from other adults, such as grandparents, which means many of his early interactions involve significantly older people, so he is more mature than peers with siblings.

An only child generally has stronger bonds with her parents compared to children who have siblings. The only child has more self-confidence, which may make her prone to taking risks, but she always has the parental safety net to fall back on. The only child learns to play creatively, maybe even with imaginary companions, and this encourages social development and the ability to communicate. The only child enjoys a loving and calm environment, in which she can blossom, since she is not used to the screaming arguments of larger families.

The only child has some of the following traits:

Only children seem to be better lateral thinkers, meaning they could solve problems more creatively due to their flexible thinking. This is probably because without siblings, only children often have to rely on themselves, and are forced to become inventive, imaginative and resourceful at an early age. 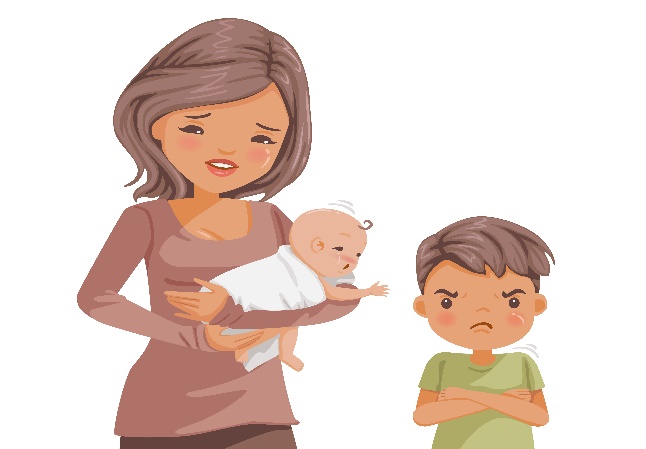 Since the eldest is an only child until his siblings arrive, he exhibits some of the characteristics of an only child.

The first born may also have the following personality traits:

In the beginning, the eldest is an only child, and therefore has exclusive attention and love from his parents. Then OOPSIE! A brother or sister arrives and his position changes radically. He might then feel ignored and unloved. He might even have feelings of inferiority, causing him to lose confidence, which is something an elder child can struggle with as an adult. However, eldest children are given and trusted with a lot of responsibility vis à vis looking after their siblings, which strengthens their leadership abilities as adults.

Professor Sandra E. Black conducted a study investigating "the effects of early life experiences on the long-run outcomes of children." Her research revealed that parents do tend to be stricter with first-borns, which makes them responsible leaders (click here for more).

The infuriating part for the eldest is that she always paves the way for siblings to get away with stuff she never did, such as bedtime curfew, watching certain programmes and movies, difficult chores and so on.

Famous eldest borns include Beyoncé, Emma Watson, Richard Branson, JK Rowling, all US astronauts who have gone into space, and all the actors who have played James Bond. 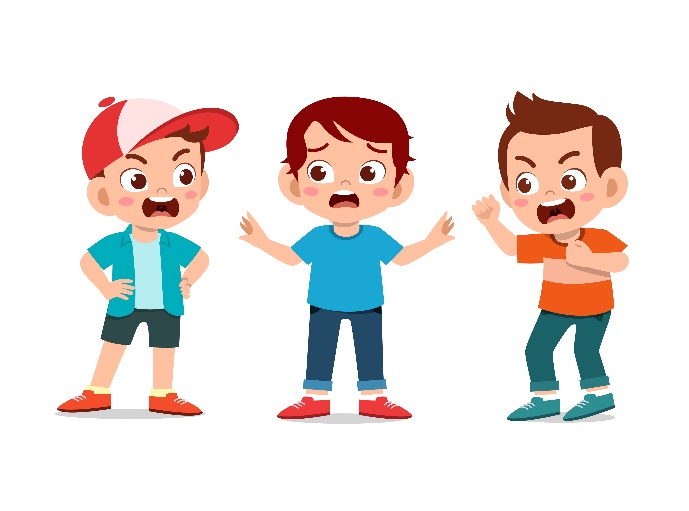 We’ve all heard of ‘middle child syndrome’. This points to the supposed difficulties the middle child may have to cope with, which could lead to him becoming frustrated or resentful. The middle child is never spoiled, and sometimes gives his parents grief to ensure he is not overlooked.  As more siblings arrive, he not only loses the ‘youngest child’ status but has to share parents with both the older and younger siblings, so he then feels less important than them. She might try to dethrone the eldest in a bid for attention and become very competitive. However, being stuck in the middle makes her tough and able to stick up for herself. Her great negotiating skills enable her to use cooperation to get what she really wants. Note that middle children in larger families are usually not as competitive as a single middle child since parental attention is spread thinner.

The middle child tends to become rebellious and insubordinate at puberty, but anything will do to bring him the recognition he feels he deserves. However, he does try to avoid conflict where possible, and in fact, can be extremely sociable. Personality traits may include:

Some people might say that middle children have it rough, because they never had their parents to themselves and did not get fussed over like the youngest sibling. This is what makes them people-pleasers in order to get that ‘missed’ attention. However, being easy-going and flexible with a great sense of humour leads to better negotiation skills which helps them greatly in later life. 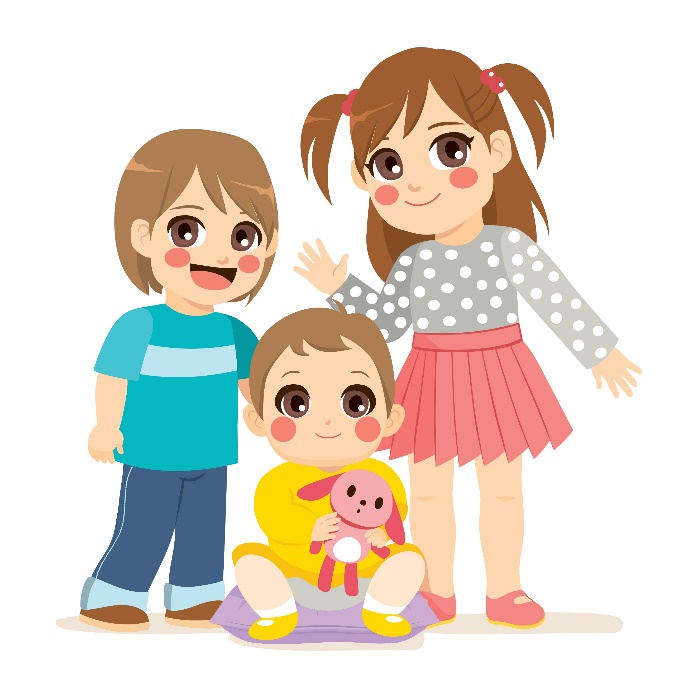 The youngest is usually the most ‘powerless’ in the family. Her older siblings seem to have more rights and privileges, while the baby is still subject to parental control. This could lead to anger and frustration at being ‘left out’. However, the youngest child is usually more spoiled than the older siblings, which might cause problems with independence later on.  Parents are less impressed by their accomplishments because they’ve “been there, done that” with the older children. In fact, parents just seem to let all the household rules slide with youngest children, so they can basically do what they like compared to how the other siblings had to behave. The "baby" of the family tends to get more attention and parental pampering, and the parents are more relaxed with them since they have been through the parenting mill already. Therefore, the baby is often easy-going and does not worry too much.

The baby is generally more fun-loving but less responsible than her siblings and seems to get her own way. Youngest siblings tend to be more humorous and charismatic than their older siblings in order to gain acceptance and attention from their parents.

The downside is that the baby of a family gets no respect. They are usually the ones singled out as troublemaking, unreliable, attention-seeking, get-away-with-anything brats. On top of all that, for most of their childhoods, the baby is the easy, naive target for older siblings' pranks.  The baby has to put up with a bunch of hand-me-down clothing, usually doesn’t have as many baby photos, and gets bullied relentlessly by their siblings until they leave home. Here are some possible traits exhibited by the youngest in the family:

Writer Jeffrey Kluger from Time Magazine believes that being the youngest "makes [you] funnier, more intuitive and more charismatic than [your] older siblings. If you can’t use strength and size to prevent yourself from getting pushed around, you learn to disarm with charm and to pay attention to other people’s thoughts and motivations in order to stay one step ahead of them." (Click here for more).

How does this insider information help the educator?

In a nutshell (and depending on which subjects you teach or which projects you are currently doing with your students), it is very helpful to know that:

You can use this information during group exercises, so you can create groups who will cooperate well and assist each other. It can also help you to deal with a student’s attitude and figure out how he or she learns best.

Basically, birth order in a family can affect personality, behaviour, learning and even job prospects. Of course, many other factors like upbringing and environment also come into play with personality formation. Nevertheless, there is no harm in utilising background information to your advantage in order to make your teaching life easier – every little bit helps!

Our webinar wrap-up for November

Our webinar wrap-up for November

Here are our top eight reasons for encouraging your child to learn to code.

CambriLearn and Fire Tech have partnered up and are excited to present coding courses for kids and teens between 8 and 17.