It may seem strange to have a literature blog written by a science teacher, but my love for science came from my love for reading science fiction books, and my love for discovering new pieces of knowledge.

I am one of those people whose day is not complete if I have not had at least one cup of tea. CS Lewis (he wrote the Narnia books) said: “You can never get a cup of tea large enough or a book long enough to suit me.” I completely agree. A cup of tea seems to empty without conscious thought, especially when I am caught up in a good book. I can think of no better way to spend a Sunday afternoon than curled up with a book and a cup of tea.

Tea comes in many forms – loose leaf tea, tea bags, green tea, fruit tea – and I am fond of all of them. Fruit tea is exactly what is needed on a hot summer’s day, while the ritual of making loose leaf tea is wonderfully relaxing after a long day of work. 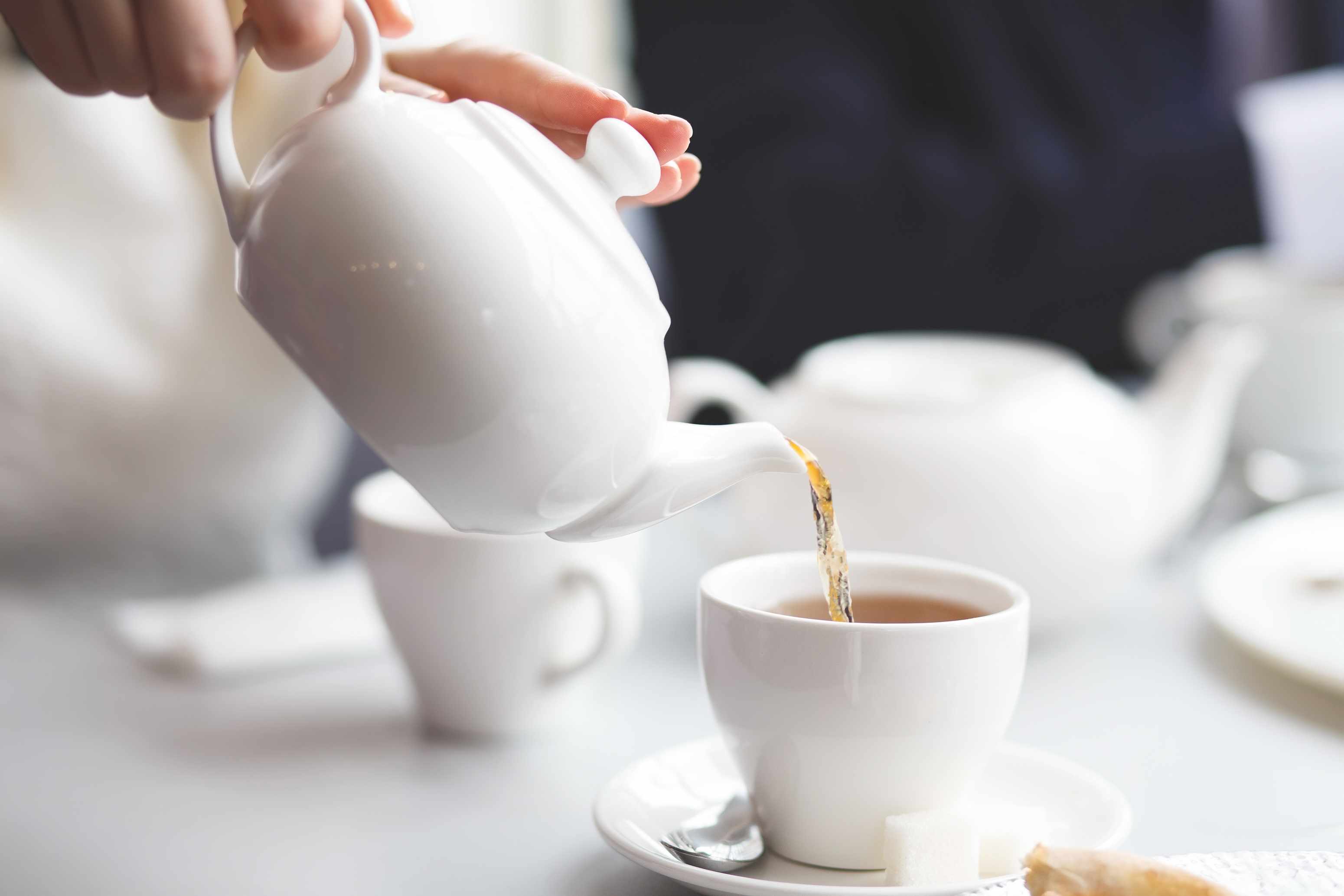 And in my love of tea, I have discovered an article written by George Orwell (he wrote Animal Farm) in 1946 on how to make the perfect cup of tea. He has eleven rules to follow that he deems absolutely necessary to making tea (you can find them over here). I quite agree with some of Orwell’s rules, but one of them states that one should put six heaped teaspoons of tea leaves in a small teapot, and this I just cannot fathom. Tea made with such a quantity of tea leaves would be far too strong.

Douglas Adams also wrote a piece on how to make tea in his book The Salmon of Doubt. He has one very important piece of advice: in order to get the proper flavours from tea, the water you use has to be boiling, not boiled. He also recommends that you try some Earl Grey tea, and that you warm up a teapot before making the tea in order to ensure that the water for the tea does not cool off too quickly.

I wondered why these amazing writers would have such strongly differing opinions on a topic such as making a cup of tea. I mean, making a cup of tea should be a really simple and easy thing to do, and yet somehow there are such conflicting views on how to go about doing it.

A Quest for a Cup of Tea

This drove me to the realisation that tea, while wonderfully simple, is a highly personalised beverage and everyone will make their perfect cup of tea slightly differently. This quite neatly explained one of the main themes from one of my favourite series of books: The Hitchhiker’s Guide to the Galaxy by Douglas Adams.

In the books, the protagonist Arthur Dent has ended up on a spaceship after the earth and everything he has known has been destroyed. And bizarrely enough, what he ends up spending a significant amount of his time doing is arguing with the “Nutrimatic Drink Dispenser” on board the spaceship, in order to get it to make him a cup of tea. It keeps producing something “almost, but not quite, entirely unlike tea”, which Arthur severely dislikes.

The machine asks Arthur why he even wants tea, and his simple reply is: “It makes me happy”. I quite agree: there is almost nothing that can’t be made a little better with the addition of a well-made cup of tea.

It is such an important topic for him, that Arthur, at some point, even takes the time to painstakingly tell the machine the history of tea and how to make it. To all of this the machine replies: “You want the taste of dried leaves boiled in water?” and Arthur says: “Er, yes... With milk”.

It takes quite a few books for the “Nutrimatic Drink Dispenser” to wrap its head around this “tea” concept. It spent so much computing power trying to understand tea that the ship was unable to defend itself during an attack in the second book The Restaurant at the End of the Universe.

The Restaurant at the End of the Universe is called Milliways, and they pride themselves in having the biggest menu in the Universe. Sadly, even they can’t serve tea to Arthur.

This caused me to wonder why Arthur is so set on getting a cup of tea, and why it is such a difficult concept for the “Nutrimatic Drink Dispenser” to understand. How could anyone put so much stock in a simple beverage? The answer is that while the taste of tea by itself is not so remarkable, it is the countless hours of comfort that tea has brought that Arthur craves. He wants to have something constant and familiar in a world that has been completely and irrevocably changed for him. I recently moved to a different city, and after unloading all my boxes of worldly possessions into the new apartment, the first thing that I found myself doing was finding the boxes with the kettle and mugs, and making myself a cup of tea. I wanted some comfort in my new and strange surroundings.

Tea is a drink that seems to almost universally say that no matter what happens, everything will be all right, and that is why I love tea so much. It’s our embodiment of the words: “DON’T PANIC”, which are written on the back of The Hitchhiker’s Guide to the Galaxy.

Arthur spends a disproportionate number of hours arguing with the “Nutrimatic Drink Dispenser” in order to get it to make him some tea. And eventually, it does: “On the delivery plate of the Nutri-Matic Drink Synthesizer was a small tray, on which sat three bone china cups and saucers, a bone china jug of milk, a silver teapot full of the best tea Arthur had ever tasted and a small printed note saying ‘Wait’.”

The hard work Arthur puts into getting his cup of tea is exactly what made the cup of tea worth the wait.

Luckily, our teachers at Cambrilearn are like Arthur: we will patiently explain concepts to the best of our abilities – and as many times as needed for a learner to understand the concept. The joy a learner experiences when finally understanding a concept is like that precious cup of tea to us – well worth the struggle and the wait.

And the constant reward of teaching is like the comfort a cup of tea provides. Teaching to us is like food and comfort to our souls. I can’t go through a day without learning something new, just as much as I can’t go through a day without a cup of tea. And giving someone else the pleasure and comfort of learning, at their own pace and in their own time, is what helps get us through each day. 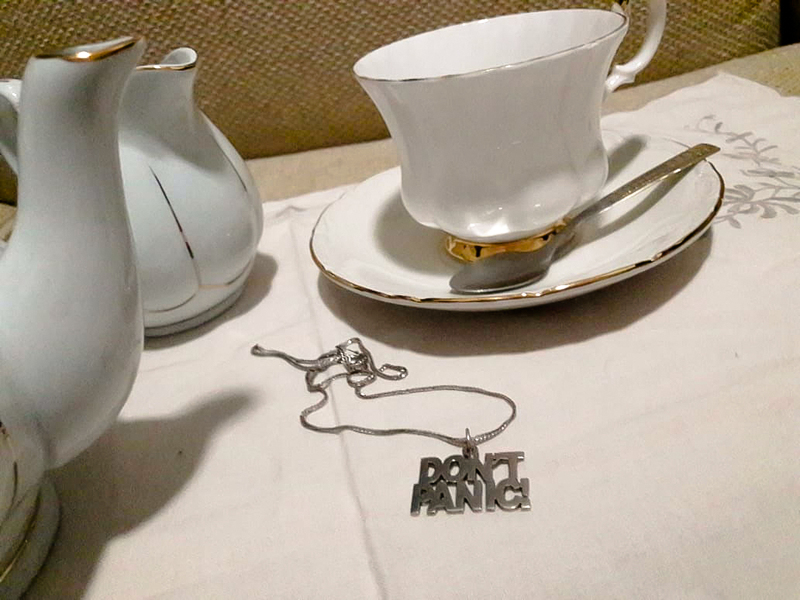 And on that note, I’m off to make a cup of tea: china cup, saucer, teapot and all!

Adams, Douglas. 1983. The Restaurant at the End of the Universe. London: Pan Books.

Why Cambridge International Education Cannot Be “Self-Assessed” By Scholars

Whereas some educational systems, in particular the American testing services, see standardized testing as a necessary evil,...

Early Childhood Development, the Importance of Play and the Role of the Educator

An Early Childhood Educator takes a hand, opens a mind and touches a heart.

Always Look on the Bright Side of Life How an Appreciation of the Bizarre, Quirky and Unusual influences On Your State of Mind Determines the Quality of Your Learning Experience...

Technology has changed this industry. You will be practicing online studying and even with CambriLearn’s assistance, you will...